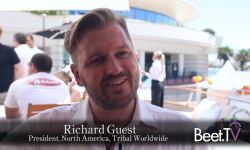 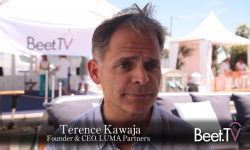 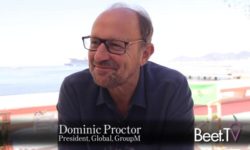 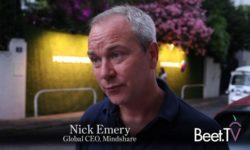 CANNES — Over the last year, Beet.TV has been reporting on BBC Worldwide’s growing branded content initiative. Now the organization is formalising its offering in a new unit.

Announced at Cannes Lions, BBC StoryWorks is the name of the content marketing that will have offices in Singapore, Sydney, New York and London and will be headed by Richard Pattinson, a former BBC News journalist who, at home in the UK, has edited the corporation’s This Week programme, reported for Newsnight and has been a commissioning editor for global news.

“It delivers newsroom values and the combination of creative studio to support our advertisers’ ambitions globally,” Gibson says.

“It’s using the skills and the heritage the BBC is so well known for – producing fantastic content, one of the world’s most trusted media organisations – but leveraging that skillet for our advertisers to tell their stories and engage with consumers.”

At home, the BBC is funded by license fee and is largely forbidden from running advertising on its owned and operated properties by royal charter, which is due for renewal amid speculation of reform. But the corporation is permitted – and, indeed,, encouraged – to make money from operations overseas and from select activities at home through its BBC Worldwide arm, of which BBC Advertising is part.

So far, BBC StoryWorks has worked on campaigns for tourism body Brand USA, in which it created a series of two-minute films that used Hollywood directors to talk about the American landscape and psyche.

We spoke with Gibson for a series from Cannes, presented by Teads. To find more videos from the series, please visit this page.