GumGum’s Phil Schraeder on Contextual and Creative: The Answer to Attention Gap 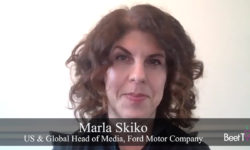 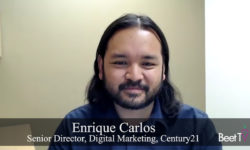 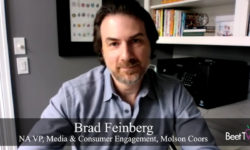 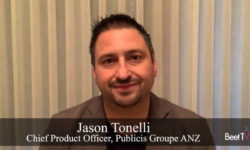 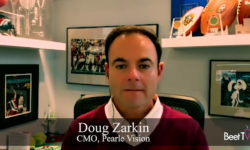 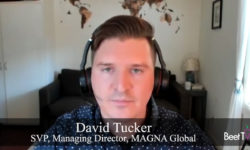 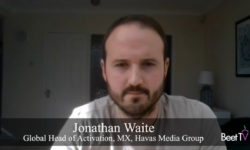 Russia’s invasion of Ukraine has sparked renewed debate about advertising placement in news.

Applebee’s recently apologized after its light-hearted commercial interrupted and overlaid CNN’s coverage of the conflict, while other brands are now using software to swerve such inventory.

In this video interview with Beet.TV, Phil Schraeder, CEO, GumGum, says contextual ad targeting tech offers a way around such a blunt approach.

Applebee’s placement was skewered by John Oliver. But it’s about more than just one brand.

Digiday reports: “Advertisers are rapidly reevaluating their ad creative and media spending amid Russia’s on-going and increasingly vicious invasion of Ukraine.” AdWeek writes“some (brands are) blocking ads from appearing next to content on platforms like TikTok, Snap and Facebook.”

Two years ago, many ad buyers also piled out of COVID-19 news coverage, using brand safety tools and keywords to dodge that inventory, prompting publisher concerns about the morality of the response and the sustainability of news itself.

It had seemed like their protestations had succeeded in convincing advertisers of the futility of blunt blocking tactics. But buyers’ response during the Ukraine conflict is conjuring those memories again.

“The Ukraine – what an awful to be in, but (some advertisers) still using archaic ways to run away (from that inventory) when there’s still really important content that we could be maximising and advertisers could use to really showcase who they are,” says GumGum’s Schraeder.

“Let’s take, for example, what we’re dealing with right now, everything related to this awful atrocity of the Russian invasion into Ukraine.

“You are really getting an opportunity for a brand to understand the contextual environments.”

“If you’re not running contextual and you’re still doing behavioural or audience (targeting), you’re going to run into the challenges and the issues just like Applebee’s did,” he says.

“Brands are running away from content because they’re afraid. But brands who are using a best-in-class contextual tech and looking at it from that lens, who are using it to support opportunities to find a way they can creatively express themselves to their target person, to their target consumer are going to ultimately win.”

“There’s a lot of safe, unsafe content out there” during the war, Schraeder adds. “But they can use what they know to create creative messaging that can show who they are and what they’re about and change their alignment.”

GumGum is one of a range of “contextual targeting” software platforms.

Such technology turns signals from content and its surrounding environment into buyable cues.

Such vendors are pushing the technology as a solution to the waning accuracy of behavioural and audience targeting solutions, now that many digital identification methods have been wound-down.

Schraeder says it is important for contextual ad tech to go beyond the use of simple keywords, something which worried news publishers whose content, naturally, frequently exposes the worries of the modern world.

Regardless of the tech levers, however, whether ad buyers concur with Schroeder’s “opportunity” to express themselves at this time remains to be seen.

You are watching “Gaining Consumer Attention in a Shifting Media Landscape,” a Beet.TV Leadership Series presented by GumGum. To learn more about GumGum and the Mindset Matrix, please visit this page.