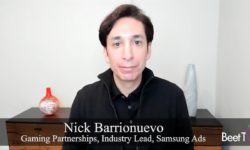 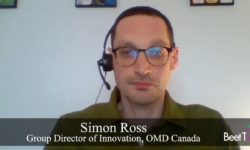 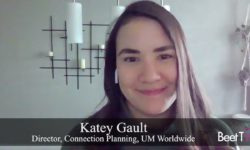 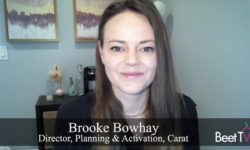 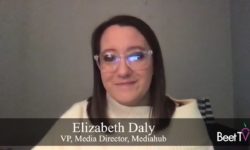 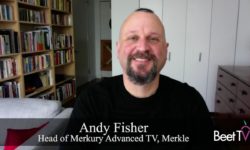 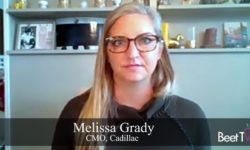 LOS ANGELES – Samsung has quietly engineered itself a position as the number-two ad-supported connected TV service on its own TV sets – by mixing a sprinkle of traditional TV norms with a fresh digital approach.

Samsung TV Plus, a free streaming TV service, launched in 2018 and now numbers 160+ channels in the US.

Go to the source

3 years after buying my TV I realized it has Samsung TV Plus on it… then I found a "Fubo Sports Network" channel airing NLUs Tourist Sauce. Just found a channel airing my favorite YouTube channel… Stoked. @NoLayingUp pic.twitter.com/xhrROqXDDC

“Now on Samsung TV, Samsung TV Plus is the number two ad-supported service on the device,” Cardullo says.

Cardullo has got there using a mix of techniques. For a start, Samsung TV Plus benefits from being a AV source on Samsung TVs.

“If you use the TV Plus source and that what was your last used source, when you turn off the TV and turn it back on, TV Plus channels will just automatically start playing,” Cardullo says.

“When we launched the service in 2018, we were really trying to follow the traditional, tried and true model of linear TV that people are used to using this very simple integration that we have on TV – making the channels part of the guide, the native TV guide,” Cardullo adds.

“That has proven to be a strong strategy, as has been demonstrated by the success that we’ve seen in terms of what our users are saying, the engagement that we’ve seen.”

The service has more than doubled its active users over the last year, and now offers a mix of live and on-demand content.

“We’re focused on making something available for everyone,” Cardullo says.

“So we have channels in news, sports, cooking, DIY, kids, gaming, movies, music, a large variety of genres, and then to fill the gaps we are creating our own channels.

You are watching “Media Innovation: What’s Next,” a Beet.TV leadership series presented by Samsung Ads. For more videos, please visit this page.