“AI is Going to be the Single Biggest Disruptor and Enabler of Marketing,” Mastercard’s Rajamannar 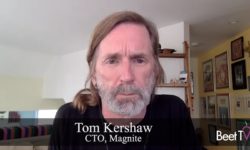 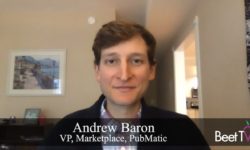 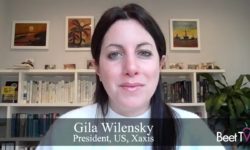 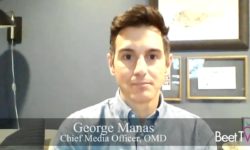 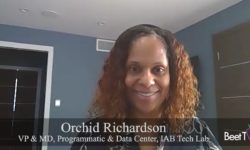 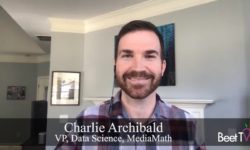 For one man, the turning of a year also represents the dawning of a new age.

Raja Rajamannar, in his new book, Quantum Marketing: Mastering the New Marketing Mindset for Tomorrow’s Consumers, says the industry is emerging into what he calls “the fifth paradigm” of marketing.

Rajamannar is Chief Marketing and Communications Officer of Mastercard and current president of the World Federation of Advertisers.

In this fireside chat with IBM SVP Bob Lord for Beet.TV, Rajamannar outlines the historical development of each “paradigm” as he sees it:

“Unlike in the previous paradigms where there are a couple of technologies … this paradigm is going to be powered by … at least two dozen technologies,” Rajamannar says.

“The bunch of them which are coming at us, each one office has got a direct impact on consumers’ lifestyles and their behaviour. And, therefore, consequently on marketing itself.”

Rajamannar has long been saying that the cracks in traditional marketing are showing.

He has variously advocated the deployment of “story making“, overhauling the TV upfront sales season and urged brands to find an inner authenticity to deal with troubling times.

In his new book, Rajamannar urges brands, in the “fifth paradigm”, to “challenge every single hypothesis and framework”.

He thinks that the explosion of so many different channels and devices means the arrival of new gate-keepers, as each device will represent its own, unique path to purchase.

Amongst the plethora of technologies Rajamannar says constitute his “fifth paradigm”, artificial intelligence is the biggest.

“AI is probably going to be the single biggest disruptor and enabler of marketing in total,” he tells Lord. “It’s a dream come true, from a marketer’s perspective.

“Data that is coming in real time cannot be humanly processed unless you have got something like AI.”

But Rajamannar says marketing is challenged when it comes to AI, by three limiting factors:

“When you demystify it, when you simplify the whole thing for them and speak in plain English, as opposed to the mumbo-jumbo, they’re ready to embrace,” he says.

You are watching “Media In Transition: How AI is Powering Change,” a Beet.TV leadership video series presented by IBM Watson Advertising. For more videos, please visit this page.