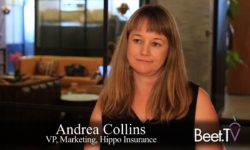 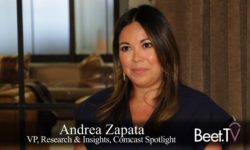 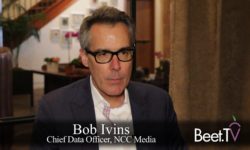 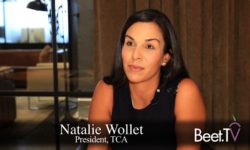 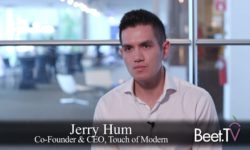 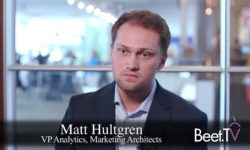 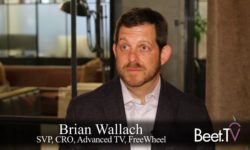 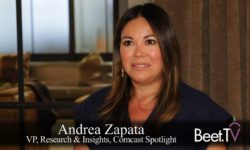 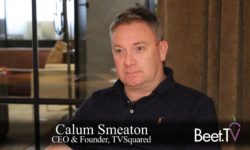 Some may think local advertisers and TV networks are under-powered when it comes to ad-tech capabilities – but that isn’t necessarily so, according to a growing number of vendors serving a local market that is increasingly keen on data-driven solutions.

One of them is TVSquared, a company helping brands learn how TV advertising is driving traffic to their websites.

Whilst the ability to attribute website visitation back to TV ad exposure seems like something from the future, TVSquared is one of the suppliers enabling it today.

In this video interview with Beet.TV, Jo Kinsella, TVSquared chief revenue officer, says national brands don’t necessarily have a one-up in this regard.

“Local has really been one of our fastest growing areas in the last 12 months,” Kinsella says.

“From a local cable standpoint, the ability of inventory is significantly bigger, the spot count is bigger.

“Smaller advertisers don’t spend as much as they do on the national side but actually have the ability to flex spend, increase spend relatively quickly (and) also make changes to the media buy.”

So, what exactly can attribution from TV ads through to websites do for a brand?

Kinsella says the growing crop of direct-to-consumer brands is especially interested in the possibilities.

Despite often being digital-only, many such brands are spending heavily on TV exposure – but they nevertheless want to benefit from the kinds of measurement they have seen in digital.

“What they’re doing is, they’re making these changes and then they’re running another (campaign) flight and they’re seeing actual increases in sales or conversions or whatever their business KPI is,” Kinsella explains.

It all falls under the category of “teaching TV new tricks”.

Kinsella observes: “We’ve seen articles over the last couple of weeks that say, ‘Maybe we said TV was dead a little bit too early’. And certainly what we’re seeing is the way you can prove TV works people are actually moving money back into TV.

This video is from a Beet.TV series titled TV: Now an Outcome-Driven Medium. For more segments, please visit this page. This series is presented by TVSquared.

By Robert Andrews on June 7, 2019 @robertandrews