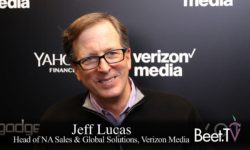 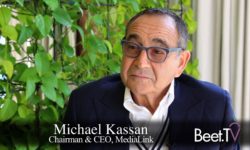 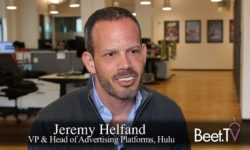 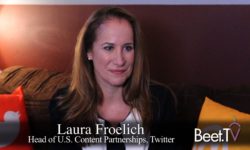 In this video interview with Beet.TV, Tara Walpert Levy, YouTube VP, Agency and Brand Solutions, says YouTube TV, the cable-free $49.99-a-month TV service, is now being offered to advertisers outside of Google Preferred, the special slice of inventory on big YouTube stars who are nevertheless not TV channels.

YouTube is now watched for around 250 million hours a day on TV screens via a variety of OTT devices, Walpert Levy says. But, after a muted start for its premium offerings, YouTube is making some changes.

Bringing YouTube TV channels – which include Fox, ABC, AMC and Discovery – to advertisers in this way gives brands the opportunity to advertise in classical linear TV, not just YouTube’s traditional “endemic” content.

“We have a portion of the ad avails on traditional television networks (available) on YouTube TV, and advertisers can participate in those alongside what they would naturally do in participating in endemic content,” Walpert Levy says.

That may come as a welcome boost for YouTube. Whilst Netflix, Amazon and now Apple have wave big checkbooks around to finance original productions, YouTube is reportedly scaling back its YouTube Originals scripted shows and will make its ad-free YouTube Premium shows (formerly YouTube Red) available outside of Premium’s $12.99-a-month subscription.

“Cobra Kai has had 11 Emmy nominations, but all of that was behind the paywall,” Walpert Levy says says. “We’ve actually brought that forward this year, and so all of our YouTube Originals are also going to have advertising opportunities and integration opportunities.

Reading between the lines, the advertising opportunity for YouTube may be bigger than that suggested by its initial attempts at creating subscription tiers.

What kind of ads will work best? Walpert Levy says “personalized” ones work best – three times more effective than ones which are not.

By “personalized”, she means ones which agencies or production shops craft to target different user groups, or which are customized using Director Mix, a YouTube tool enabling creative ad versioning from a range of brand assets.