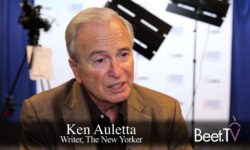 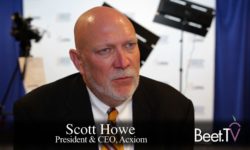 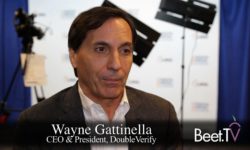 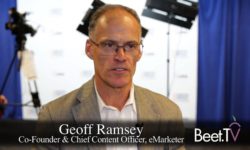 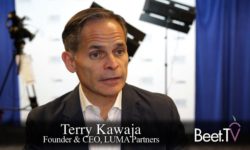 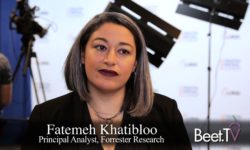 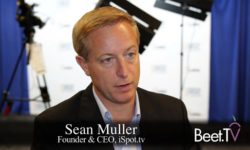 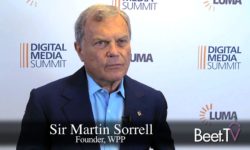 When you just took $7.5mn from one of the world’s leading pay-TV operators, you can afford to be bullish.

In this video interview with Beet.TV, a founder whose company helps deliver one of the new-wave methods of measuring TV audiences says one of those in the crop of techniques is “over-hyped”.

Samba TV CEO Ashin Navin was referring to audio-based automated content recognition (ACR), the technique through which some data providers leverage nearby devices to literally listen to viewers’ programming choices in order to report back to broadcaster and advertiser systems.

“We’re very skeptical of that as a source of granular, accurate data, and we’d be questioning any decision that is made around surreptitious listening of TV. We would put that category of data as kind of over-hyped right now. I know there’s a lot of companies that claim it has more value, but we’re skeptical of that.”

San Francisco-based Samba was set up to help advertisers and broadcasters know, with certainty, which TV shows viewers were watching, for how long and how attentive they were?

Launched in 2008 and backed by investors including Mark Cuban, the outfit works by having software embedded on some 180m viewing devices globally from 14 smart TV manufacturers and cable operators.

The April investment from Liberty Global, which operates Virgin Media, UPC and others in Europe, gives Samba TV a European footprint to scale on.

Navin declares his team of 250 people is “actively looking for talent in all the major media markets in Europe”.

This video was recorded at the annual DMS conference presented by LUMA Partners.