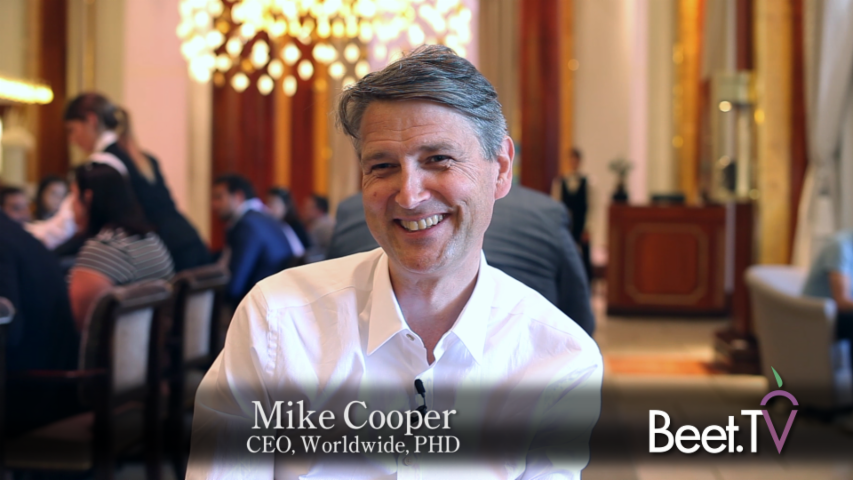 CANNES — By his own admission, the CEO of media buying agency PHD Worldwide says 2016 has been “pretty good to us” so far.

The group has signed new contracts with Delta Airlines, Carnival cruises and recently won
the business of the whole Volkswagen Group globally, having already worked for several of its sub-brands.

Now at Cannes Lions, where his company is teaming with Wired founding editor Kevin Kelly for an on-stage presentation, Mike Cooper says the most pressing action for advertisers is: go easy on your audience.

“If you’re too greedy with your messages, consumers will just make sure that it finds its own level,” he tells Beet.TV in this video interview. “If you over-do it, they will reject you.

“If you’re on television with too much frequency, people will get fed up with your message, they will mentally block it out.

“It’s about crediting the consumer with sufficient intelligence and being respectful with their engagement experience.”