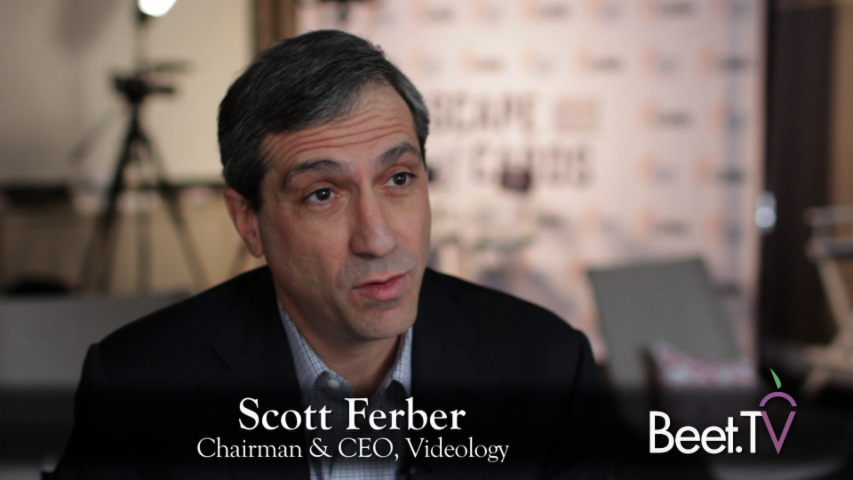 When people begin to equate digital video and television targeting to a hit Hollywood movie and things like “sabermetrics,” we know that things have changed in the TV world.

To Scott Ferber, Chairman and CEO of Videology, the software provider for converged TV and video advertising, being able to integrate Nielsen data with information about online and offline consumer behavior is the basis for such a show business comparison. The result—increasing concentration of certain targets and maximize the reach of those targets—is “kind of like how Billy Beane did it in Moneyball.”

For Videology, the comparison to the real-life use of empirical analysis to better choose professional baseball players (hence the term sabermetrics, a reference to the Society for American Baseball Research) is an apt one. The company was the first video platform to leverage Nielsen’s television and cross-platform panels to better inform audience targeting across digital video and TV.

In April, Videology announced that it has expanded its involvement with Nielsen by integrating audience segments from Nielsen’s eXelate unit. It represents yet another step in the journey away from trying to reach video and TV audiences using age old basic age and sex demographics.

In an interview earlier this month at the LUMA Partners Digital Media Summit during Internet Week in New York, where he was a speaker, Ferber cites companies like AT&T and Sky TV as having achieved unity with their digital video and TV offerings. Based on enhanced data integrations, buyers can purchase inventory in the Upfronts, the scatter market and the near real-time marketplaces.

“They can use this type of data to actually score the entire linear feed universe and digital video universe together. To package up all their assets and be able to sell it as a unified whole to a marketer is of great interest” to media companies, Ferber says.

Beet.TV interviewed Ferber as part of our series on addressable and the new world of television advertising. This series on Beet.TV is sponsored by AT&T AdWorks.