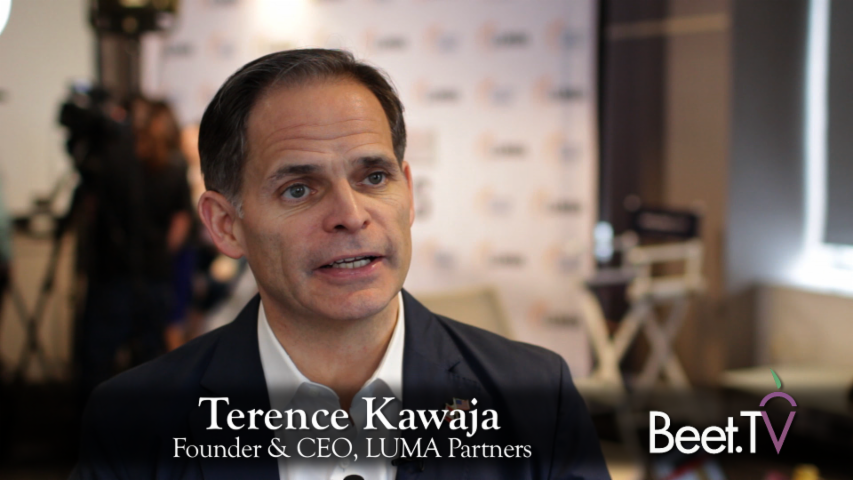 The threats are mounting. With challenges like viewability, fraud and ad blocking rising, the online ad industry could risk falling, just as Rome’s empire did before it.

LUMA's State of Digital Media at DMS 16 from Terence Kawaja

As Kawaja tells Beet.TV, Scape Of Cards: State Of Digital Media 2016 calls it bluntly: “The ecosystem may, in fact, be a house of cards.”

He sees fraud, viewability and ad blocking as three “critical” issues, but walled gardens and fragmentation as “existential” threats.

Kawaja says the vast numbers of ad-tech vendors out there are facing a shake-out, as the industry goes through the standard consolidation seen in numerous other business sectors before it.

“Google and Facebook are garnering in excess of 85% of all new ad dollars,” he says. “The 3,700 companies across all the the Lumascapes are vying for just 15% of the increase.”

This interview is part of our preview series “The Road to Cannes”, presented by FreeWheel. Please visit this page for additional segments.