Vice Sticks With Its Strategy To Beat Ad Blockers 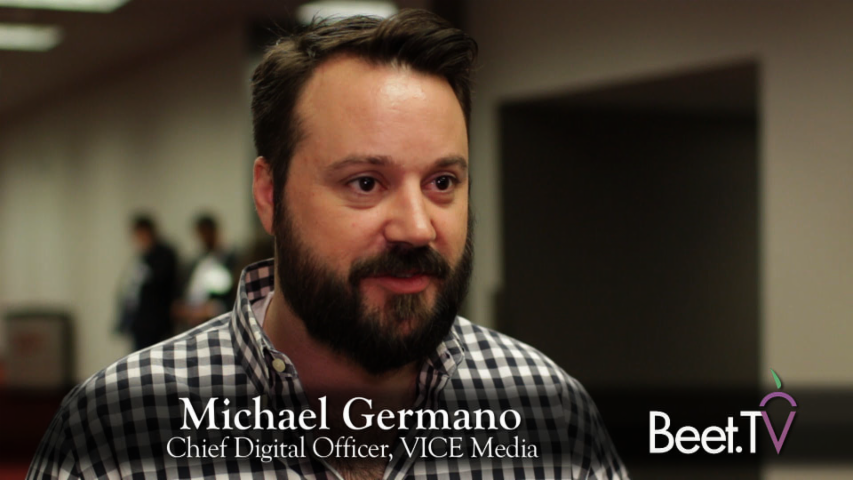 LAS VEGAS — The number of publishers choosing to bar users running ad-blocking software is growing by the day. Ad agency holding group WPP’s digital president has asked more publishers to do the same.

Vice Media recognizes the problem – but it doesn’t want to tackle it in quite the same way.

“This is troubling for any online publisher,” Vice Media chief digital officer Michael Germano tells Beet.TV in this video interview about ad blocking.

But Germano says Vice is proofed from ad blocking by running commercials in the form of sponsored content.

He rejects software that would block ad blockers, saying Vice doesn’t want to limit its audience. Other moves could emerge, however.

“There’s a trade-off that the consumer has to realize,” Germano adds. “If they want to have an ad-blocked experience, that’s fine – but there’s a different set of value that they might have to bring when they’re engaging in our type of content.

“Maybe some of that could be information that they provide or interaction that gives us a … better understanding our consumers.”

Beet.TV conducted this interview as part of our series on the need for standards around premium video advertising. The series was produced around the NAB Digital Summit in Las Vegas. This series on Beet.TV is sponsored by the NAB.