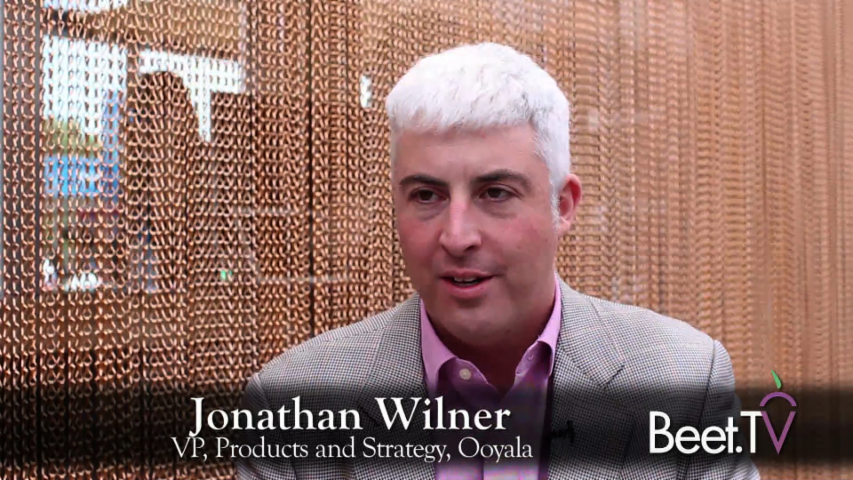 LAS VEGAS – When it comes to pay television and “TV Everywhere,” the only constant is disruption, one of the latest examples being Facebook Live, which enables anyone to broadcast live video on the social media platform.

As an official Media Solutions Partner for Facebook Live, Silicon Valley-based Ooyala has a ground-level view of the explosion of choices available to consumers to satisfy their needs for all things video. It comes amid the continued discussion about the need for video standards and, in the absence thereof, the ability to prove viewer engagement.

“There’s always a balance between standardization and people who want to have custom formats,” Jonathan Wilner, VP, Products and Strategy at Ooyala, tells Beet.TV during an interview at the 2016 NAB Show of the National Association of Broadcasters. “If we’re going to get more TV money in, that’s very used to trading against currency, then I think we need increasing amount of standardization to be in on the buy.”

This is particularly so when competing against the likes of Facebook and Google, with their huge audiences and data-gathering capabilities. Ooyala’s solutions for video providers include one of the world’s largest premium video platforms plus a leading ad serving and programmatic platform.

“What we’re seeing, interestingly, is inquiries from people that are running authenticated TV everywhere services that want to put clips onto Facebook,” Wilner says. “Their affiliate deals say they can’t run those clips on their authenticated services and they can’t offer them without authentication but they can put them on Facebook. That’s a sign of confusion in the market.”