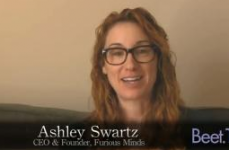 With the arrival of new broadband technology such as Google Fiber, power will return to the consumer as existing broadband companies fight to remain competitive, says Ashley Swartz, CEO and founder of Furious Minds.

A competing factor to IPTV has been triple-play cable packages which bundle IPTV-necessary internet access with cable and telephone services, minimizing the need for streaming video, Swartz says.

“The reality is that IPTV business models are incredibly exposed when it comes to the challenges of the cost of broadband,” Swartz says.

But with many of those one to two-year cable contracts from 2011 and 2012 expiring, Google is ramping up it’s broadband technology – Google Fiber.

Due to Google Fiber’s presence in the Kansas City market, long-standing companies like Time Warner Cable reacted and broadband speeds and services saw an 84 percent increase according to Akamai.

“By virtue of broadband remaining affordable, [consumers] are going to get what they want, when they want it because they have the pipe into their house to actually deliver it,” Swartz says.