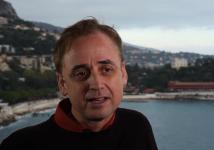 MONACO – The Weather Company, formerly know at the Weather Channel, is expanding its digital video programming beyond strictly weather reporting, explains David Kenny, CEO in this video interview with Beet.TV

He said that the recent hire of Huffington Post executive news editor Neil Katz as Editor-in-Chief will be driving the expansion of editorial video.

In this interview, he talks about the evolution of the Weather Company, including it emerging B2B operation and the growth of mobile distribution.

We interview him earlier this month at the Monaco Media Forum

Today, The Weather Company announced a major hire in its digital sales force with Jeremy Steinberg from FOX News. Earlier this month, the company said it had hired DBG’s Matthew Corbin to head its hyper-local operations.