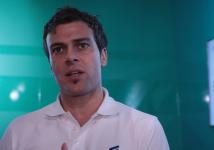 LONDON – "This is the biggest thing the BBC has ever done," say Chris Dobson, GM/EVP Global Sales, BBC Worldwide, referring to the role of network as the host broadcaster for the London Olympics.

Thousands of hours of programming will be viewable across multiple screens in the U.K.  Making this work is a piece of software which will automatically resize of aspect ratios of the content to specific devices.  This solution has been developed in-house by the BBC for the Olympics.

He says the software will be used for commercial use for a range of BBC Worldwide content in the coming months.

The BBC's Olympics broadcasts and digital streaming will be advertiser-free and limited to the U.K.

Note: This video was previously published.