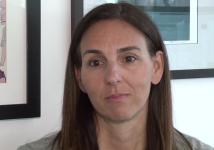 When season one of MTV’s hit show Teen Wolf’s fanbase grew to almost one million, MTV’s marketing team decided to give the captive online audience a nudge in the right direction, with a digital ‘bridge’ strategy, says its Executive VP for Marketing and Multiplatform Creative, Tina Exarhos, in this interview with Beet.TV

The aim, to reach the million benchmark and grow the audience. So began a year long campaign to engage the fans, during the show’s off-season. Using Facebook and other popular social platforms such as Tumblr, the teams worked to incentivise fans with fresh content.

The results: over 87 million impressions, while the show was off-the-air, she says

MTV has used the same strategy with its teen drama, Akward, growing its Facebook fans by 76 percent, off-season.

The added attraction of this strategy, she explains, is that zero dollars were spent on the campaign, while the show was dark, a possible lifeline for TV shows looking to grow audiences using content driven campaigns, without spending vast amounts of money on marketing.

Here, she describes how the bridge strategy also translated to growth on the linear screen and its compabiltiy with tradtional marketing campaigns.