Microsoft: Moving the World’s Media Streaming to the Cloud — “We are buying hundreds of thousands of servers” 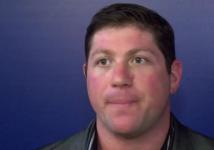 LAS VEGAS, Microsoft has taken the wraps off its Media Plaform which is now hosted on Windows Azure, here at the NAB Show.

Yesterday, we spoke with Brian Goldfarb, Director of Product Marketing for Windows Azure, about the industry demand leading to the product launch which is expected for later this year.

He explains how the "cloud" is becoming an integral part of the media dellivery stratetgy for global companies.  Gearing up for demand, he says in this inteview that Microsoft is buying "hundreds of thousands of servers."

He also speaks about an initiative with Deltatre and Akamai to provide streaming services to many of the world's broadcasters for the 2012 Olympics.