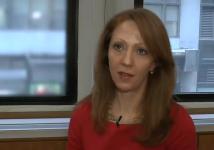 Norway's Opera claims 140 million worldwide users, most of whom are on smart phones using Opera Mini.   In an interview at CES, Opera's Jeremy Forrester tells Beet.TV that the popularity of the browser on iPhone has come from its speed which is "four-to-five times faster than the native" (Mobile Safari) browser on Edge and 3-G networks.

Wednesday's announcement that Sony would add the Opera browser its Internet-ready televisions sets and Blu-ray players could well be a significant development in establishing an industry standard.

AT CES the company announced its browser will support tablets.

The Oslo-based company created its first browser in 1994.