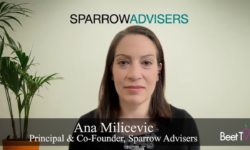 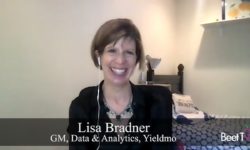 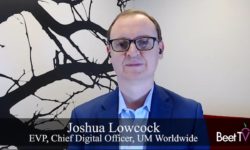 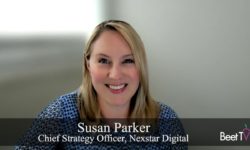 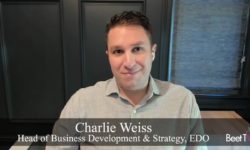 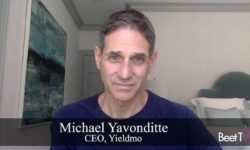 As societies and industries advance through the years and the eras, it would be tempting to assume that things generally get better, easier.

In digital advertising today, the ecosystem is wrestling with a host of changes that seem to make business more challenging.

But, in this video interview with Beet.TV, Eric Picard, chief product officer at digital ad software firm Yieldmo, says a radical re-think could offer hope not just to restore operating practices but to enhance them.

Welcome to the new age

Picard says he has observed “six waves of advertising technology”:

That last one, the wave now crashing onto the shore, is important because it up-ends accepted digital ad industry norms.

“The vast majority of the industry is focused for years on the use of audience data as currency,” Picard says. “This ability that we’ve all taken as constant to target users, and to track users, and to build user profiles is really going away.”

That seems like a disaster for advertisers, who are losing the ability to target specific users as they have for years.

“We’re at about half of inventory is addressable,” Picard continues.

But he thinks it will get worse: “With increases in both regulation and corporate policies, that amount of non-addressable inventory … is growing and will probably grow to as high as between 70 and 90% of all inventory.”

Around the industry, companies are kicking the tyres of a range of alternative approaches and technologies, from fingerprinting to contextual advertising and more.

Picard, a veteran web products leader, is placing his money on the ability of software to harvest and crunch a multitude of web data in a way that aligns bundles of content with advertiser aims.

That is the technology built by Yieldmo, the firm he joined in February 2021, which had been founded by leaders of Quigo, an ad-tech firm once acquired by AOL during its big digital ad roll-up.

Yieldmo collects and indexes information from the open web, feeding it into machine learning models that correlate to advertiser KPIs.

Picard liked what he saw.

“This is a team that had already previously built a massive-scale auction engine for contextual and had really built the capability around driving this curation technology in a way that was very significant,” he says.

“We’re seeing increases in performance that are averaging over 80% and that are growing significantly quarter after quarter.

“Every few quarters, as we add more signals and more capabilities around optimization, we’re seeing significant improvements in the results of the curation.”