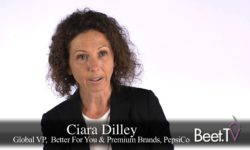 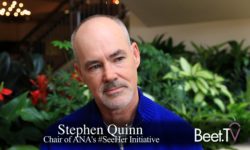 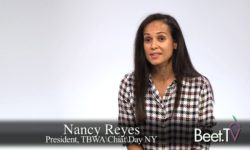 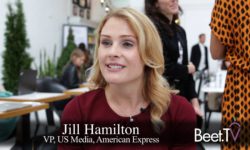 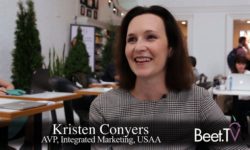 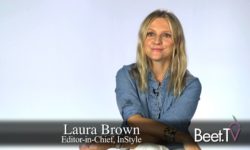 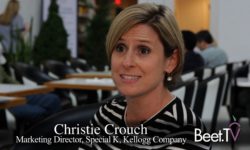 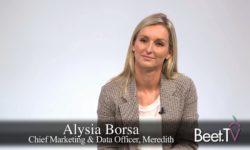 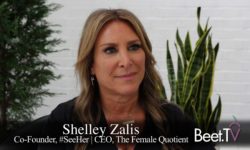 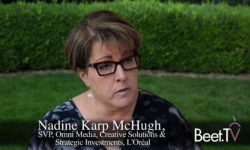 ORLANDO—Packaging for paper products like Sparkle and Brawny have benefitted from the #SeeHer Gender Equality Measure for more than a year. But one thing that Georgia-Pacific didn’t expect when it committed to #SeeHer was the positive impact it’s had on female talent recruitment.

In addition to #SeeHer, Georgia-Pacific has its own program to promote gender equality in advertising and media called Strength Has No Gender for its Brawny brand, CMO Douwe Bergsma explains in this interview with Beet.TV at this week’s Masters of Marketing conference of the Association of National Advertisers.

“While we were looking at talent through separate efforts, all of a sudden we got a lot of feedback especially from young women that were joining Georgia-Pacific” who had seen the company’s presentations at universities and conferences, “which became a motivator for them to join the company,” says Bergsma. “We heard the same stories from our agencies where some of the top female creatives wanted to work on our business because of the way we embraced #SeeHer. So there was an indirect benefit where we all are challenged with recruiting the best talent that unexpectedly, because of our position and because of our activities, a lot of female talent gravitated to our organization and stayed.”

The #SeeHer GEM metric uses consumer surveys to identify best-in-class advertising and programming that supports girls and women. The ANA rolled out #SeeHer in 2016.

Georgia-Pacific began by using GEM data to inform its advertising creative and expanded to using it in its packaging. “Our Sparkle packaging is fully developed with the help of GEM scores to identify how our fairy should look like on-pack,” says Bergsma.

In addition, the company has used GEM scores “to qualify most of our communication content, especially our TV ads, we make sure that everything has a positive GEM score when relevant.”

Another benefit of #SeeHer has been “It’s extremely motivating for our employees and the agencies we work with.”

Bergsma believes there’s much more unconscious bias in society than people might think. He points to himself as an example.

“Through #SeeHer and GEM, I actually caught myself in some unconscious bias while I thought I was doing pretty well” based on positive scores related to Brawny paper towels but not for Sparkle. “If that’s true for somebody that’s actually involved, I’m sure it’s true for all of those involved but especially those that are not involved.”

You are watching Gender Equality Means Business, a Beet.TV series presented by Meredith Corporation in partnership with #SeeHer. For additional videos from the series, please visit this page.

By Steve Ellwanger on October 25, 2018 @steveellwanger