“We’re In A Golden Age of Television”: MediaLink’s Spangenberg 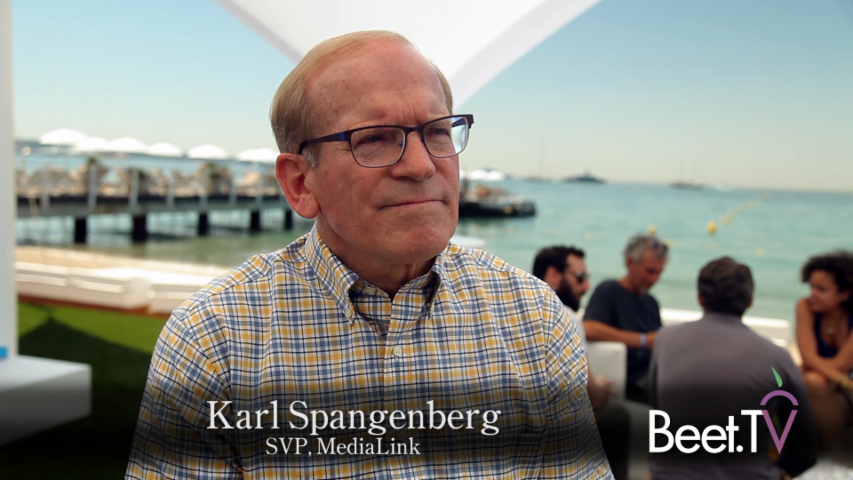 CANNES – I think it’s fair to say we’re in a golden age of television,” says Karl Spangenberg, SVP at powerhouse consultancy MediaLink. Beet.TV spoke with him during Cannes Lions.

While user-generated content has driven audiences, it’s also created concern on the part of traditional television. But, Spangenberg says, traditional TV is once again at the forefront of providing a platform for storytellers and connecting to mass audiences quickly.

“But the whole definition of television has to expand beyond that because we still associate it with a box on a wall and that’s really not what television is all about today.”