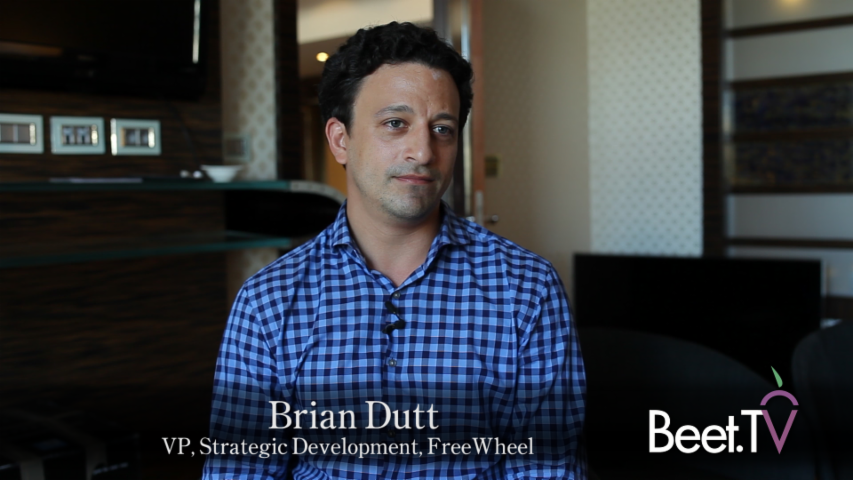 CANNES – It is just two months now since Comcast-owned video ad-tech enabler FreeWheel acquired France-based TV ad-tech platform StickyADS, as it looked to extend its US digital ad expertise in to European TV.

We have heard lots about the complementarity of the two companies. But what does the deal mean for existing and new customers of the joined-up entity?

But the integration of the service will first come in what Dutt calls two “levels”:

“For us, it begins with having the ad server aware of the pricing information that’s coming in from an auction, so that the two systems are talking to each other and trying top optimize things like price and pacing.”

“What a lot of TV programmers and cable and satellite operators are looking for – competitive separation, creative compliance. As this world of programatic emerges, it becomes very difficult to understand when Coke and Pepsi are going to run next to each other in a break – or to make sure you have the right file format… FreeWheel is very focused on ensuring that level of compliance.”

We spoke with Dutt last month during Cannes Lions.

By Robert Andrews on July 7, 2016 @robertandrews