Facebook Feeds Are The Opposite Of TV Ads: Saatchi’s Figueira 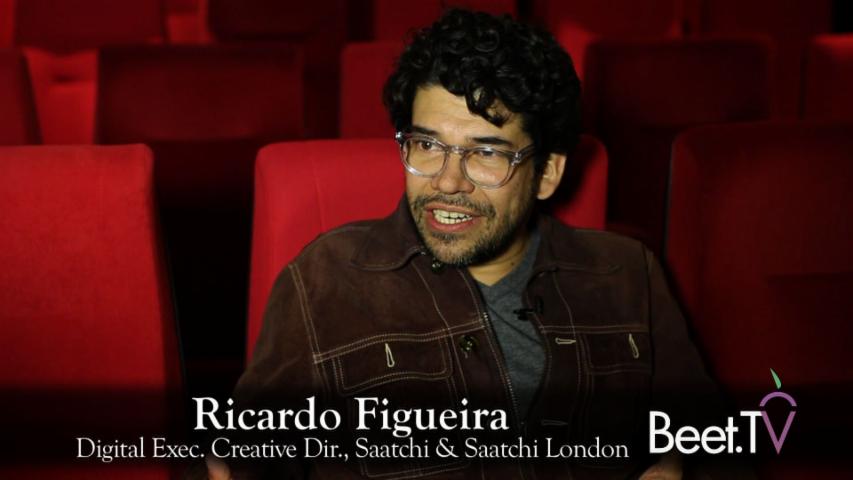 LONDON — Advertising creatives schooled for a world of TV spots are going to have to think very differently in the age of newsfeed messaging.

That’s according to one such exec who offers this fantastic observation to Beet.TV.

“The social news feed is your personal curation of what’s going on – you just jump in, ‘what’s going on?’,” Saatchi & Saatchi digital executive creative director Ricardo Figueira tells Beet.TV in this video interview.

“Previously, the advertising industry used to work to create things for the break. This is exactly the opposite – you create the main programme of the moment.

That is a useful insight. If brands are going to break through, in the new world of feeds, they can no longer create messages that complement content through interruption – instead, they have to become the content that people want to click, watch or read.

Figueira joined the London-based house in December after several years with JWT and Isobar.

And he should know what he’s talking about. Figueira’s work has won more than 100 international awards, including seven Cannes Lions, several One Show pencils, Clio, LIAA and others.

“You have your friends, recommendation, comments, opinions, journals, music, everything comes in your newsfeed,” he continues. “What’s the relevance we can build in to an idea (so that) people will care about (it) when they see it in their newsfeed?”

The key takeaway? “Become very precise about what you want to raise as a point of empathy with people.”

By Robert Andrews on July 8, 2016 @robertandrews