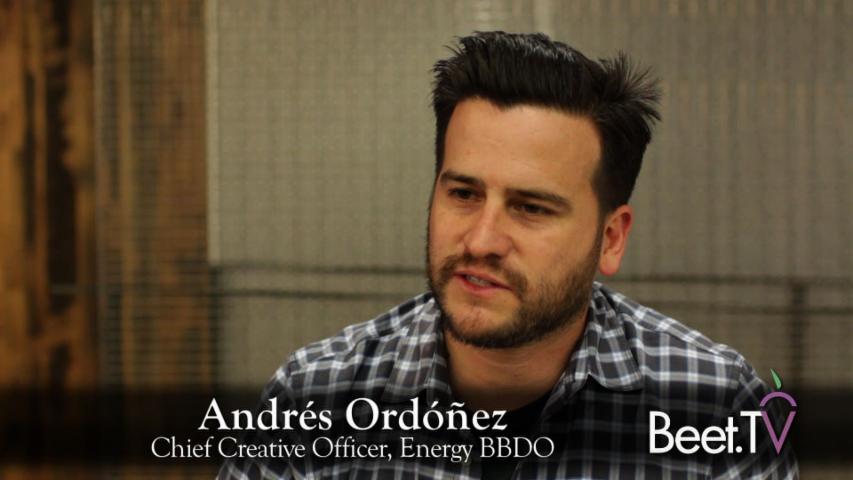 As they approach Facebook for clients, it would be easy for a lazy agency to simply re-trot the creative assets they had already produced for legacy media or other digital outlets.

“Every time they create a new tool or a new system, we take existing TV or digital content we have, we repurpose it to understand the tool, and then we see what happens,” Energy BBDO chief creative officer Andres Ordonez tells Beet.TV, describing his approach to Facebook.

“Last year, we had this film for 5 Gum it was a 15-second TV (spot) running in different platforms, we repurposed it for Facebook, with the sound off and captions and created a nine-second version. We had a 7x better ad view than we had before.”

His work has garnered awards from places including Festival del Sol, Clio, FIAP and Cannes.

But Ordonez says shorter isn’t always better. “With traditional media, we were getting locked by time – 30 seconds, 15 seconds, sometimes 60s seconds,” he tells Beet.TV. “Now it’s about the story, about the idea.

“The beauty of digital content is … it doesn’t matter how long it takes. We’ve seen stories six seconds, two minutes – it’s about a great story that will engage consumers. You can react or re-edit any type of content.”