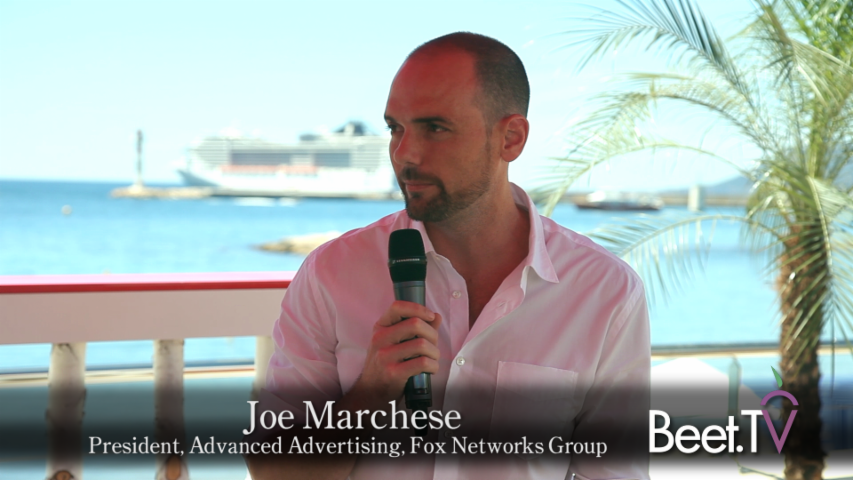 CANNES — John Marchese has seen the future. It’s a world where consumers really like ads, and want to get more of them, because they enjoy interacting with commercial messages.

That’s a world away from where we are today, says Fox Networks Group’s advanced advertising president. Because the truth is, consumers don’t really like ads at all.

“We have a market that’s out of kilter right now,” he says in this fascinating discussion with MediaLink SVP Matt Spiegel during Cannes Lions. “We have massive amounts of human attention, … but it doesn’t seem to be matching up correctly with what we know consumers are spending time doing.”

Marchese says ad blocking is “the best thing to happen to advertising in the last decade” because it is “the immune system putting antibodies for the virus of digital advertising”. In other words, billions of bad ads have so put consumers backs up, now the only solution is to act – not simply by making “better ads”, which Marchese calls a “self-delusion”, but by making ads match the media in which they run so that they align better with consumer expectations.

What could that look like? “Participation in advertising could make it more immersive,” Marchese advocates. “We could lower the number of ads a person needs to see if we could get them to participate with said advertisement.”

And Marchese argues “place-shifting” ads could, in a mobile world, let consumers transfer the commercial experiences they want to watch between devices, wherever they go.