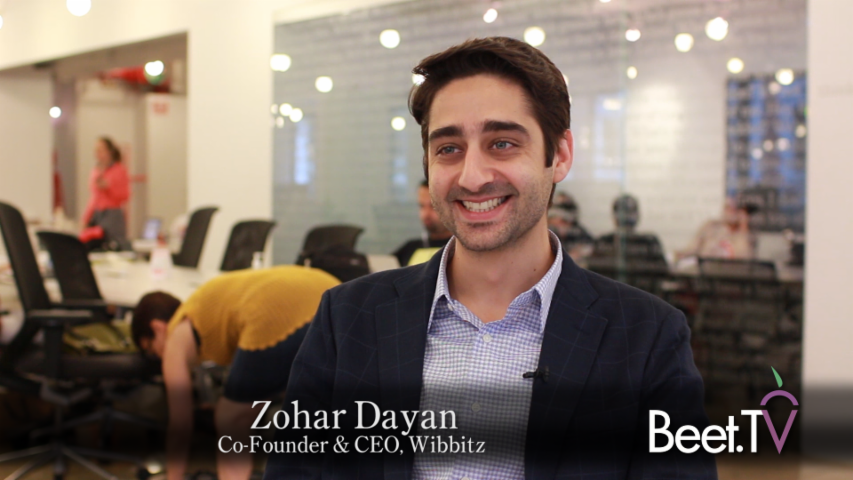 For text-led news publishers, video has been the next big thing for a couple of decades now. Over the years, many have variously launched and shuttered newsroom video studios, alarmed by the cost of a foray in to moving-image.

But video has become a quest for higher CPMs for many a publishers, and may finally be about to take off, according to startups aiming to help publishers produce clips more easily and cheaply.

Wibbitz is one of several companies using artificial intelligence and natural language processing to summarize publishers’ text stories and automatically produce videos for them using material from agencies like Reuters and Getty.

The aim is to help publishers produce news video to complement their articles.

“Video has become the driver in online monetization,” Zohar Dayan, Wibbitz CEO, tells Beet.TV in this video interview, which was produced and edited manually, by Beet.TV’s very human Andy Plesser. “Publishers are striving to get more of this video content.

“The system brings you at least 85% of the way there, enabling the editor with easy tools, to get that video to the 100% mark.”

What do publishers give up for video produced easier than ever? A share of revenue earned from 15-second pre-roll ads. Publishers including Hearst, Aol, USA Today have come aboard as customers. The likes of Time Inc, Huffington Post, MSN and The Week are using platforms by similar vendors.

In newsrooms, the key change is around who is responsible for making video. “They give the Wibbitz tool to their desk editors and not their video team,” Dayan says.