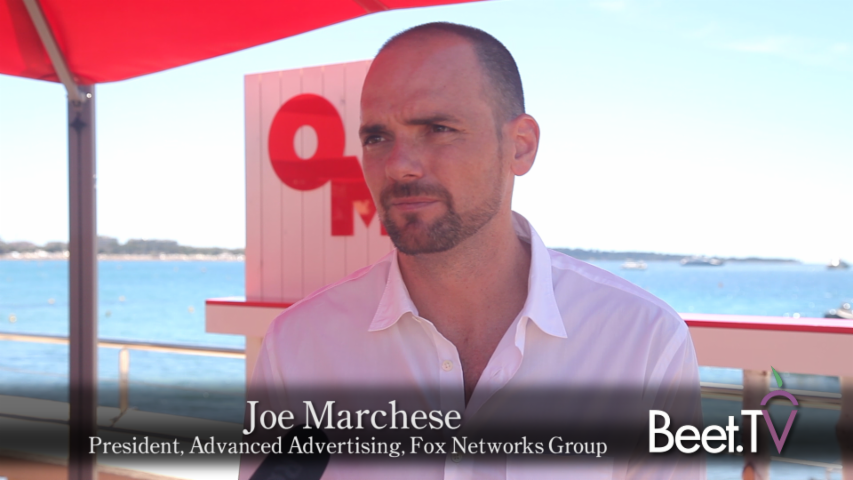 CANNES – Letting television viewers choose a reduced advertising load is overwhelmingly positive for Fox Networks, which offers a “choice card” whose most popular offering is an interactive, immersive ad instead of multiple ads.

According to Joe Marchese, President of Advanced Advertising Products at Fox Networks Group, “over 80 percent of people will choose to do the interactive, immersive ad and lower their load.”

In an interview with Beet.TV, Marchese says offering people choices “does such an amazing job of consumers appreciating advertising again” while giving the creative talent at advertising and media agencies “a new canvas to play with.”

The network does this through its true[X] engagement advertising platform and measures viewer sentiment by their selection rate. When asked whether they would view more programming if the choice of ad load were present, the answer is invariably yes.

“It’s one of those things you know before you even do the survey, but you figure you have to do the survey anyway,” Marchese says.

Fox hopes to lead the consumer choice bandwagon to make advertising the least intrusive it can be and hopes the industry follows.

“All of a sudden, advertising is a competitive advantage or a disadvantage,” Marchese says.