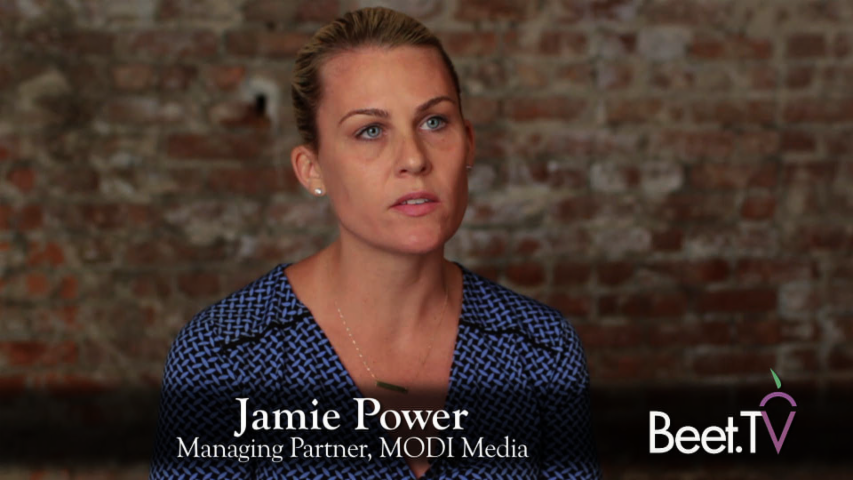 If your allergies are acting up, you just might see a television ad for the appropriate remedy, courtesy of Modi Media.

Having moved well beyond the testing stage of addressable TV, Modi is embracing emerging datasets that TV providers have integrated with ever more granular third-party insights in the financial services and pharmaceuticals categories, among others. In an interview with Beet.TV, Jamie Power, Managing Director of GroupM’s advanced TV unit, welcomes the work that multichannel video programming distributors have done as addressable hovers around 43 million households.

“The MVPDs have done a lot of work to integrate new datasets and that’s allowing us to speak to more verticals and more clients and drive results for them,” Power says. Among the data providers in the financial sector are IXI Services, Cardlytics, MasterCard and Nielsen. In pharmaceuticals, the MVPD’s have rolled out 60-second units at scale and more data have become available to target addressable households based on ailments.

“So I can all of a sudden target commercials to allergy sufferers or high blood pressure sufferers, really putting a relevant message in front of these households,” Power says.

Noting that the addressable universe has “stalled out at about 43 million households,” Power anticipates the addition of Charter Communications, Cox, Time Warner and Verizon this year will bring the total to about 60 million.

That being said, even when addressable television is 100% “lit up across every single U.S. TV household,” Modi would never recommend a client only to do an addressable TV campaign.

“We see addressable as a means to heavy up against key audiences,” Power says. “If you don’t build up the awareness and the consideration low down the purchase funnel, addressable will not be successful in converting the prospect.”

We interviewed Power as part of our series on addressable and the new world of television advertising. This series on Beet.TV is sponsored by AT&T AdWorks.

By Steve Ellwanger on June 7, 2016 @steveellwanger