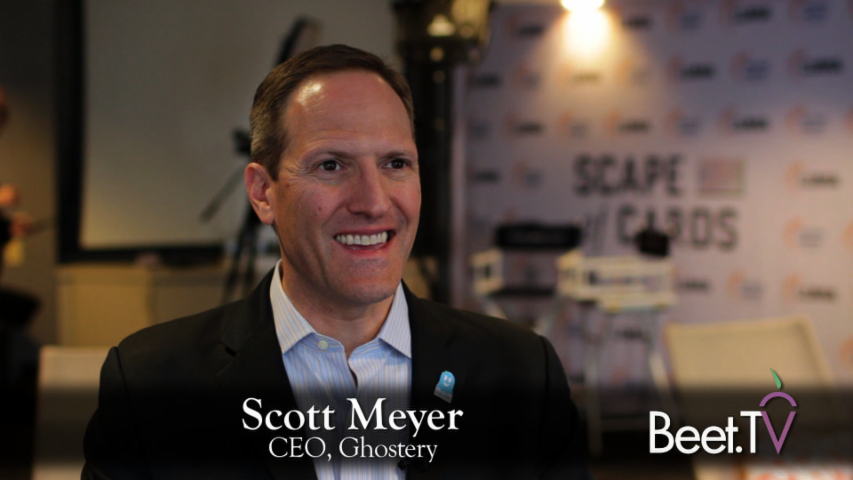 If you believe the oft-quoted PageFair data, 198 million around the world use ad blocking software, while 22% of smartphone users are even now blocking mobile web browser ads.

Industry figures often advocate “better ads” as a solution to the problem. But the truth is, bloated and intrusive web pages drag on load times and weigh on consumer confidence, says the chief of a software firm focused on that part of the issue.

“When you look at why consumers are getting frustrated, it’s not so much that they’re getting creeped out by ads following them around the web,” Ghostery CEO and founder Scott Meyer tells Beet.TV in this video interview.

“It’s the experience – there’s a traffic jam of technology trying to get access to the user and it’s slowing down the web experience.”

Ghostery makes a browser extension that helps users control, see and refuse the internet connections that track their behaviour, including ad networks. Meyer is at pains not to refer to his tools as an “ad blocking” software, but a “privacy tool”. Even so, he thinks some of the same snags are driving the up-tick in ad blocking by consumers.

That’s why he is backing an industry-wide solution, not just individual ad blocking plugins, to help move publishing back toward lighter-weight distribution that may make ad-blocking less appealing.

“That’s where the IAB’s LEAN effort comes in,” he says. “It tries to set some standards around, speed, security, privacy compliance and the intrusiveness of the ads.

“I think that’s the best way to go, because it also sets standards the whole industry can aspire to, and it creates a level playing field.”

This year, the IAB intends to conduct tests and to score ads for the compliance with the principles. Time will tell whether the ads LEAN produces will be lean enough not to be considered mean by web users.