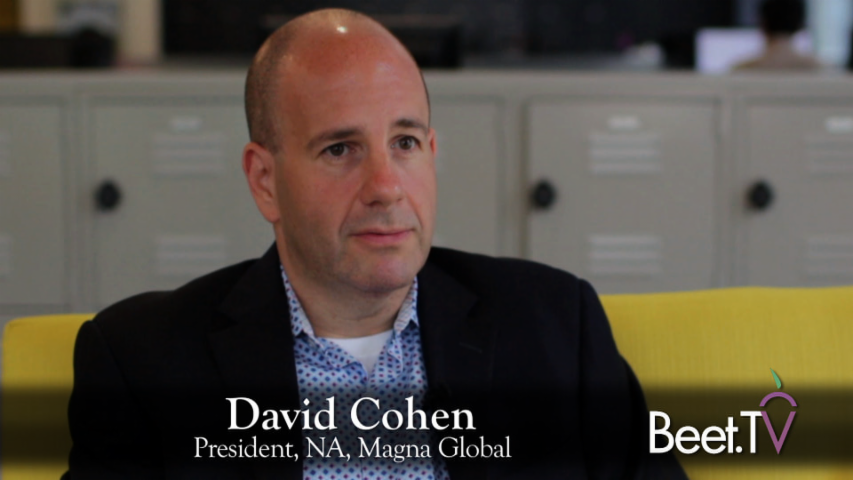 While addressable television advertising has added complexity to a heretofore “frictionless” environment, the Magna Global media unit of IPG believes it’s worth the incremental costs.

“Addressable television is clearly the future,” David Cohen, President of Magna Global North America, says in an interview with Beet.TV.

Many people on the media-buying side typically cite such consumer product/service categories as automotive and financial services as being particularly suited to addressable. But Cohen takes a broader view.

The numbers attributed to addressable—about 1% of overall TV ad spend, available to some 40 million homes out of a total of 125 million—are relatively small, but it’s projected to grow to 70 million homes by 2010. Along the way, the industry must deal with added complexity.

“Television by and large is a frictionless environment,” Cohen says. “We transact billions of dollars with relatively little challenge or issue. So anything that adds friction into that system will impede growth.”

Friction comes in the form of incremental costs of the media inventory itself and the extra time and effort needed to tailor creative to various households. So is it worth the effort given the current scale of addressable?

“We believe it is, but as it scales it will become a much easier proposition,” says Cohen.

Beet.TV interviewed Cohen as part of our series on addressable and the new world of television advertising. This series on Beet.TV is sponsored by AT&T AdWorks.