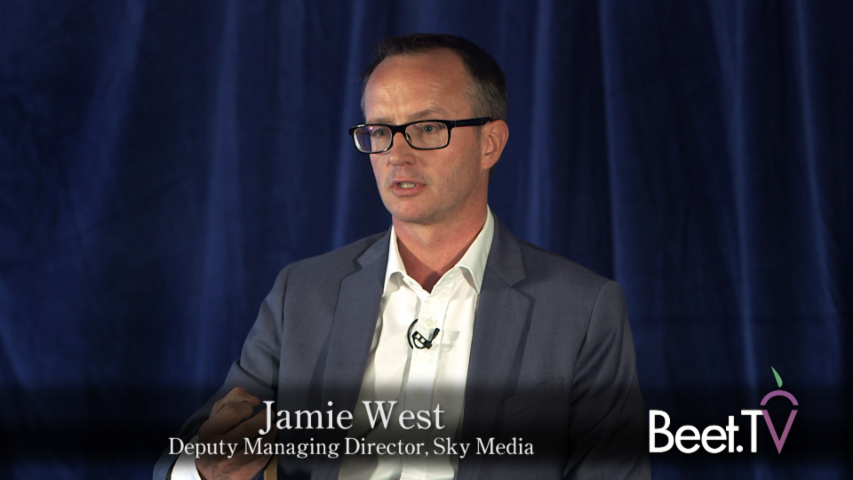 LONDON — Sky, the UK’s leading pay-TV platform is hoping to add more ad-tech services partnerships to a recent raft of deals, as it looks to expand on the effectiveness of its TV ad targeting and multi-screen ad sequencing technologies against the rise of online rivals.

“We’ve come to the realization at Sky … that we can’t build everything ourselves,” he said at this Beet.TV recorded panel interview. “We are constantly looking for new partners that we think can add value to our ad-tech stack.

“We’ve announced partnerships with DataXu and Videology, we’ve got a long-standing and deep relationship with FreeWheel. We are trying to find products or solutions or technologies that can enhance the product suite.”

For West, the bigger picture is a four-pillar attack on addressable TV, cross-device ad sequencing, programmatic ad-tech and analytics.

“We’re no longer thinking about that as a UK-only proposition,” he says. “The Sky footprint now is across UK, Ireland, Italy, Germany and Austria. Jeremy Darroch (CEO) has … said we have ambitions to grow beyond those territories.”

He was interviewed by MTM London founding director Jon Watts.