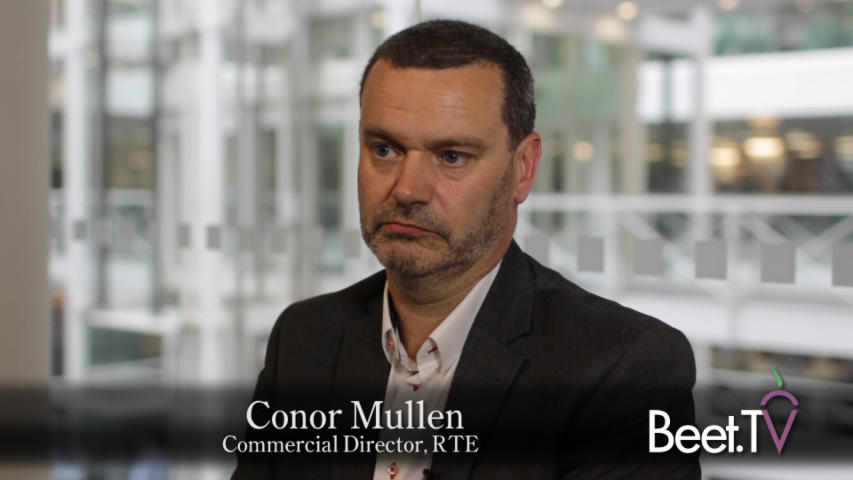 LONDON — Irish public broadcaster RTÉ is readying to build the next generation of its multi-platform digital player brand, hoping summer-time tests of dynamic ad insertion can lead it to new riches in ad sales for live digital programming.

“We’re developing the next generation of our player,” he tells Beet.TV in this video interview. “That’s rolling out beyond catch-up so that we’ll be able to deliver as an IPTV service.”

“We’ve been looking at dynamic ad insertion … we’ve started an internal trial on that this summer with the view that, if it works, we’ll roll it out, probably a pilot this year with commercial full load next year.”

Like many public broadcasters across Europe, it is under pressure from rival commercial broadcasters, funding squeeze and digital competition from big online beasts.

Despite deploying RTÉ Player on a connected TV platform, Mullen says mobile is where all the consumption is. That means enabling DAI for mobile video is a key goal. Mullen says RTÉ uses FreeWheel for its video ads, and envisages continuing in to the future.