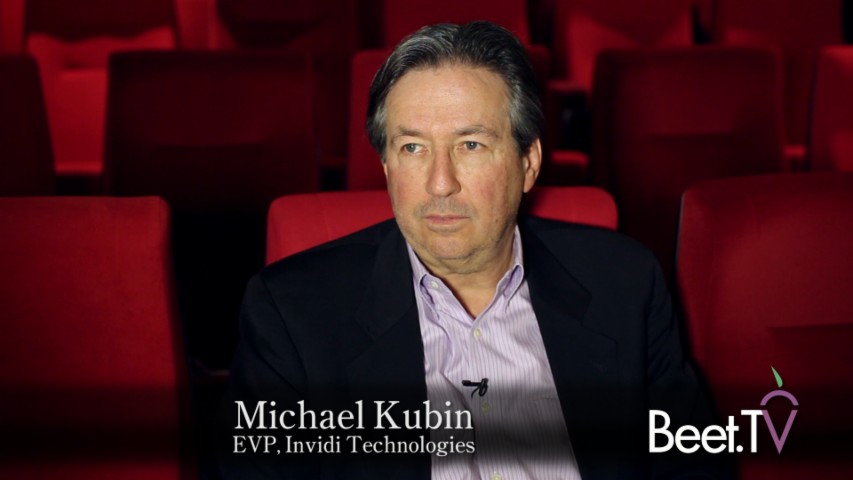 LONDON — TV ads targeted through addressable linear platforms made up just 0.1% of total us TV ad spend in 2014, according to eMarketer. But the prospect is now at a “tipping point” that will push it faster and higher, with no turning back, says one exec in the space.

Invidi EVP Michael Kubin tells Beet.TV, in this video interview: “If there’s a tipping point, we’re either at it or soon to be at it. The distributors … clearly understand what the potential is for them – it’s a huge revenue enhancer as far as revenue per advertising minute is concerned.”

Invidi’s technology is used by operators including DirecTV, DISH, Comcast and Verizon – numbering some 68 million household as customers – around half of which serve some form of addressable television.

EMarketer sees addressable taking 13% of US TV ad spend by 2019 – a percentage that would constitute $11.5 billion.

Kubin says advertisers have been slower to come around to a prospect he says is a no-brainer.

“It’s been quite a process to get them to understand why this is better, but they’re very much there,” he adds. “There are over 700 campaigns now that have been done addressably – over 90% have been successful enough for those advertisers to go back and do it again, integrate it in to their marketing plan, spend more money on it.

“A few years from now … we’re going to wonder why anybody ever spent money on linear TV without addressability. There’s really no down side.”