Creativity Is The Only Way To Survive: Advice From McCann’s Bryan 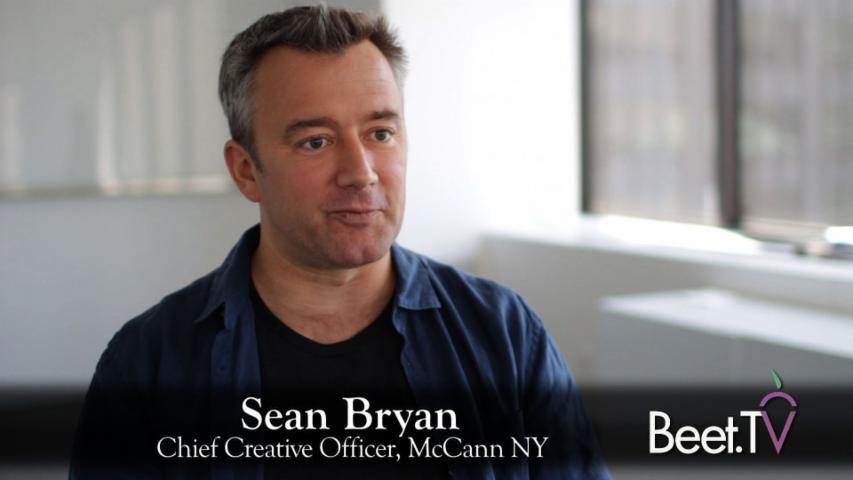 If the old age of advertising was about pushing sales messages to viewers, the current one is about involving them in conversations in which they end up really caring about the speaker or cause behind the message.

That’s why the McCann agency operates with the mantra: “Creativity is the only way to survive.”

It’s one Sean Bryan is on board with. The joint chief creative officer of McCann NY says creativity, these days, should be deployed toward making people “give a shit”.

“You need to connect with people on some emotional level, and they need to care about what you’re talking about,” he tells Beet.TV in this video interview.

“If it only matters to you that your brand of cereal now has wholegrain in it or whatever, it’s not going to survive in the current mix – people want to care about the brands that they’re picking.”

Bryan has been in the McCann family for 12 years, after a stint at DDB. Under his joint leadership with Tom Murphy, McCann NY was named to Advertising Age’s Creative A-List in 2013 and also honored as Agency of the Year by the Art Director’s Club.

Here are some questions he says brands should ask, as they consider communicating with audiences:

Bryan sees the methods behind the message will change faster than ever – but the core premise behind communicating care will endure.