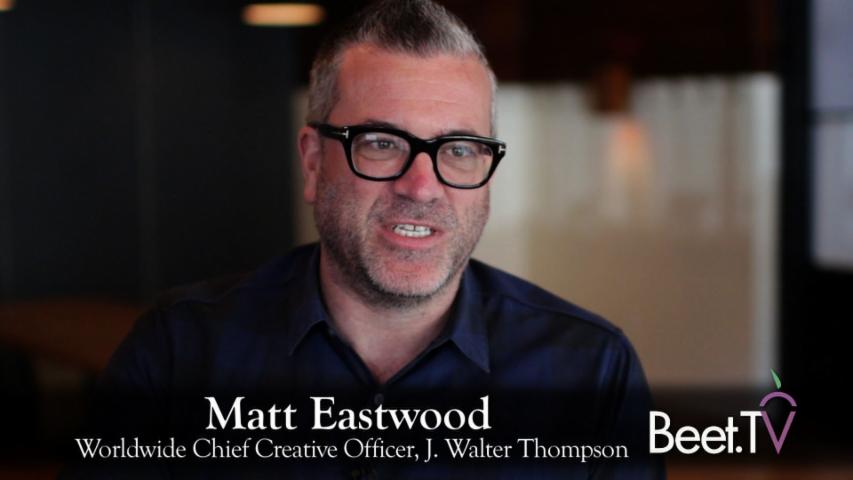 Once upon a time, in the age before feedback and media choice, advertisers could simply push out messaging without much regard to the viewpoints of viewers who were captive by default.

All that has changed in an era when the consumer feedback loop has closed, and a warm reception by users is a prerequisite.

“People aren’t going to watch a product that is mindlessly shilling,” is how ad agency JWT‘s worldwide chief creative officer Matt Eastwood puts it. “People regard Facebook as their space.

“The feedback loop with consumers keeps brands honest. You have to be more mindful of what viewers want to see, which is a great place to be.”

In Ad Age‘s 2013 Awards Report, Eastwood was listed as the 5th most awarded Chief Creative Officer worldwide. He joined in mid-2014 after senior creative stints at DDB, M&C Satchi and elsewhere in a career that began as a DDB copywriter in Sydney, Australia.

“The big change from 20, maybe 10 years ago is, you can be so much more immersive in the way that you tell the story,” he tells Beet.TV.

“Because of the technology Facebook is developing, you can tell a wider story, you can plan the way you roll out a sequence of videos. You can tell bigger, better, more immersive stories using all the different video techniques. It’s an exciting time.”