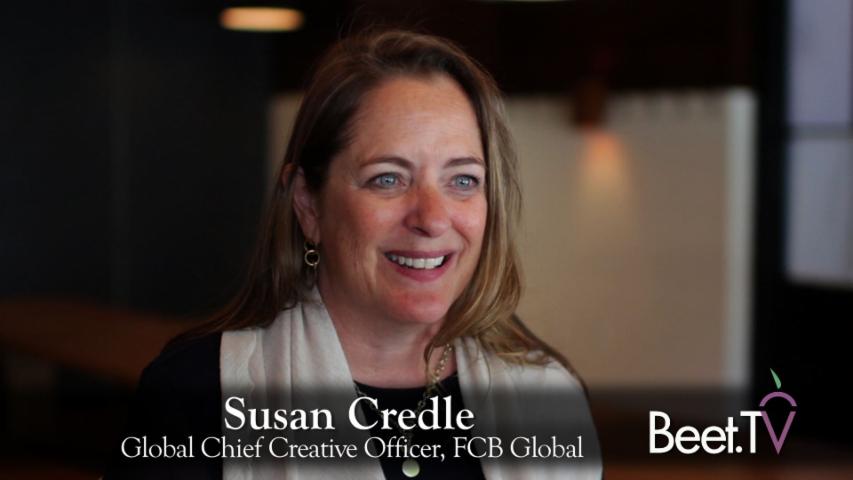 You may think that the rules governing creativity for distinct, mature media – once codified – are set. Truth is, everything is in a state of evolution and flux, and creative agencies must adapt to whatever works next.

Once upon a time, early cinema, for example, relied on a single tracking shot – then the notion of the “cut” liberated how cinematographers could communicate, says Susan Credle, the global chief creative officer of the FCB agency. In the same way, she imagines a continuous adaptation in digital.

“Right now on Facebook, there’s data that says most people view as they scroll, so they don’t bother to punch in and bring up the sound – probably because they’re in public,” she acknowledges. “That’s why the behavior is the way it is right now.

“But, tomorrow, technology could change such that, if I don’t hear great music at the beginning, I’m not engaged.”

In 2009, Credle moved from BBDO to Leo Burnett USA, where she was credited with the shop’s creative resurgence, and joined FCB this year as part of a renewed creative talent drive. She has a long list of advertising judging roles.

By her own employer’s admission, Credle is a real-life “Peggy Olson”. By all accounts, the global chief creative officer of FCB’s career bears more than a passing resemblance to that of the fictional Mad Men character, once rising from the bottom of BBDO to become its creative chief.

Although media change, she says rules picked up earlier in media evolution can remain relevant in the new age, when the constraints of auto-playing, muted Facebook video advertising mean new challenges for marketers.

“A few years ago, there was a testing company – they had figured out that if you wanted to do a good ad, you had to start with a big loud noise in the first three seconds,” Credle tells Beet.TV.

“We’re not in a new world trying to figure out what works best. We make up rules in the moment that I don’t think are steadfast that will continue to evolve based on how viewers adapt

“They will forever evolve – which makes everything exciting and frustrating all at the same time.