Creatives Must Fit And Re-Fit Video For Mobile: Facebook’s D’Arcy 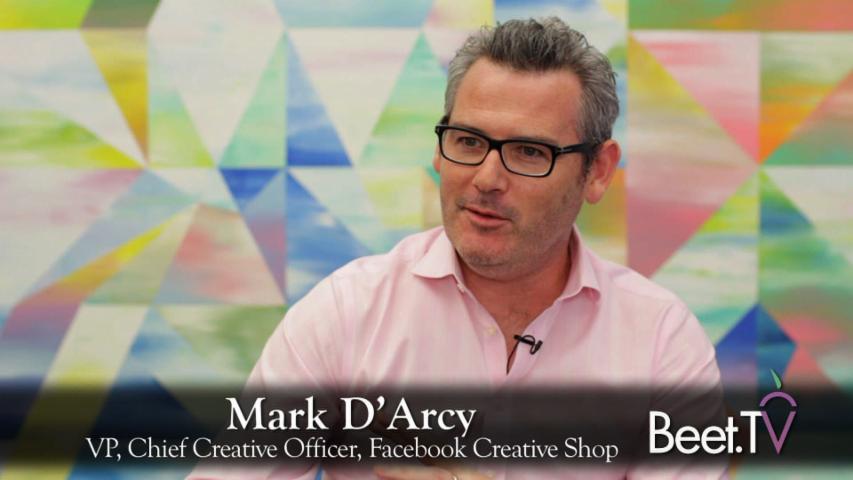 The great media thinker Marshall McLuhan once wrote: “Media come in pairs, with one acting as the “content” of the other, obscuring the operation of both.”

In times of change, it is this which often means old-media content is rammed in to new media, like square pegs in a round hole. But now it’s time creatives began making content to fit the media of today and tomorrow – and that means mobile, according to Facebook’s creative chief.

“We are going through the traditional lifecycle we do as creatives,” Facebook’s Creative Shop VP chief creative officer Mark D’Arcy tells Beet.TV in this video interview. “We first take something we were doing for something else and we jam it in to the box of the future.”

D’Arcy leads a team of creative strategists in 18 cities around the world tasked with creating and building ideas that transform how the world’s largest and most innovative marketers use Facebook to drive business growth.

It’s a platform that demands some different thinking from agencies. Although the Facebook video opportunity is evident, many in the industry are coming to realize that shovelling a 30-second spot made for TV is not the optimum execution.

Lately, Facebook has been suggesting creatives go shorter, cut to the key message early and use visual captions for auto-playing video ads that don’t start with audio on.