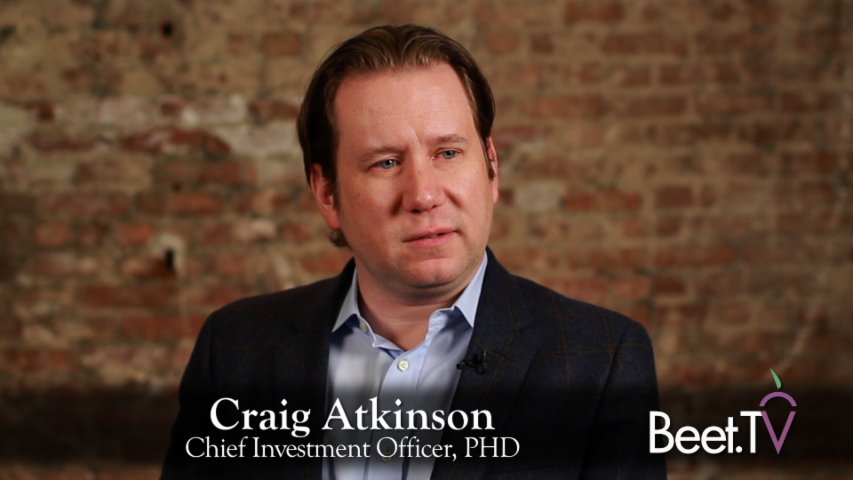 Brands have never had more scale to reach targeted television viewers, but the future rests in large part in harnessing their own first-party data and being able to better correlate offline behavior with viewing.

In the meantime, scale can be a limiting factor as it relates to the cost of more precisely targeted TV ads because “the incremental costs of that media appended with data is exceeded by the value it drives,” says Craig Atkinson, Chief Investment Officer of PHD, an Omnicom Media Group agency.

“We have a few instances of large-scale implementations of that, some large enough where we would say the scale is limiting us rather than our interests,” says Atkinson. “Meaning we have clients who have tested it and found really interesting, positive results and are aggressively looking for new opportunities to expand and perhaps waiting for the market to catch up.”

He sees enhanced targeting followed by a stage that “will be a bit like programmatic in the sense that we’ve already starting to see some early tests around building exchanges with video in them. And then finally we’re going to see household addressability down to the user level.”

With regard to addressable TV ads, which are targeted based on household characteristics, there’s still quite a lot of “plumbing” that has to be done, according to Atkinson. Then there is the inability to fully use first-party data more effectively amid a sea of third-party data, which everyone can access.

“We believe strongly that the future for our clients to separate themselves and differentiate is to harness their own first-party data, but every every client is in a different stage of their data evolution,” Atkinson says.

As brands and agencies get smarter and more advanced in accessing resources like CRM databases, they will be in a stronger position to understand the attribution of offline customer behavior.

“Right now we can do media mix models and project what the contribution from TV was,” Atkinson says. “Until you have a CRM database connected up to what you’re doing, you don’t really know if they actually converted on an individual level.”

Beet.TV interviewed Atkinson as part of our series on addressable and the new world of television advertising. This series on Beet.TV is sponsored by AT&T AdWorks.