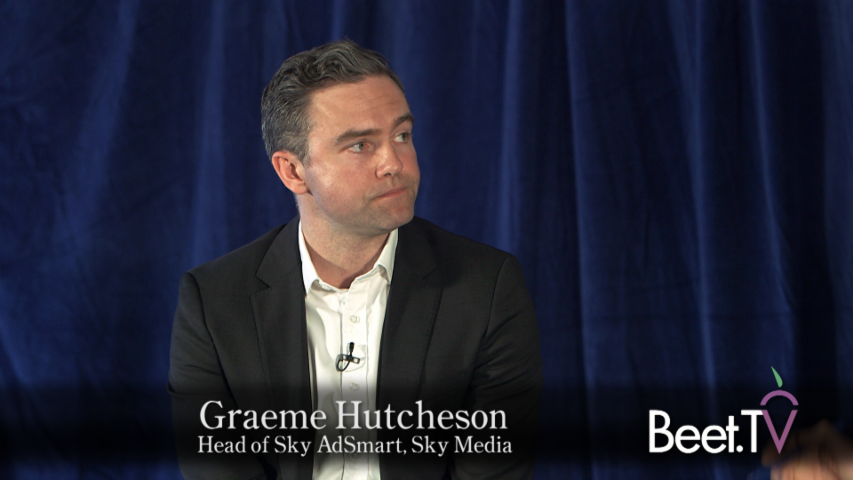 The AdSmart system was a long time coming, but has already begun to change change the market. Amongst the numbers, head Graeme Hutcheson revealed at a Beet.TV recorded panel:

The system launched with a plan to help small, local businesses, especially, buy targeted, localised TV ads in linear broadcasters. It worked by pre-storing ad creatives on viewers’ set-top boxes. But it has since grown to connect to time-shifted DVR viewing plus both the live and on-demand experiences of Sky’s SkyGo online player as well.

Hutcheson has bought traction for Sky’s AdSmart by helping some smaller advertisers to fund their own creative, overcoming a business lull observed nine months ago.

He says smaller ad buyers are shifting budget from local press, local radio and local TV because: “You can get a good 30-second ad for under £5,000.”