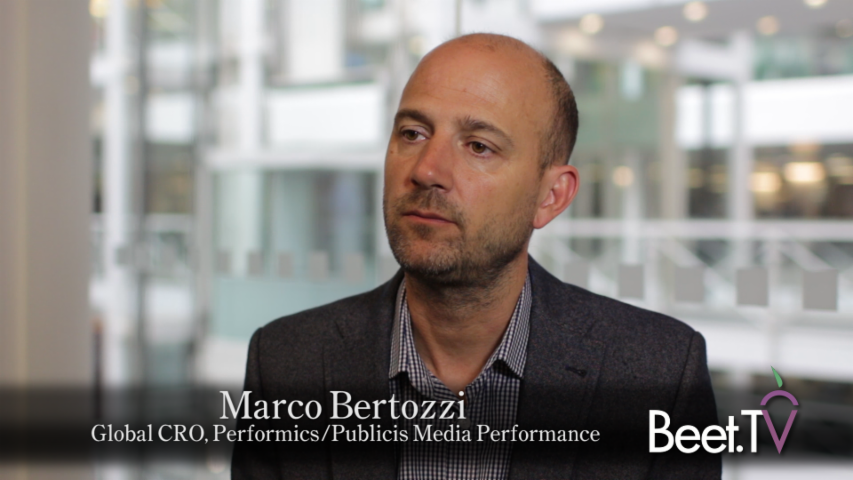 LONDON — Marketers have always regarded television as the big box that can reach a mass audience, the medium at the top of the funnel that fuels initial consumer awareness.

But times are a-changing, and new technology means targeted television can serve advertisers just like laser-guided online ads can.

“TV can absolutely be a performance medium,” according to Marco Bertozzi, the longtime Publicis executive whose latest role is as chief revenue officer of Performics, the new, group-wide performance advertising division that spans the group’s agencies.

“Direct-response television today has relied on the idea of some loose targeting in terms of day-parting and looking for low-cost audiences you hope will convert,” Bertozzi says. “Addressable TV and programmatic TV will bring a different angle on that performance discussion.

“We’re going to convert from low-cost, high-reach, high-frequency TV advertising to the opposite end of the spectrum – highly targeted, relevant audiences to then convert.

“The omens are very good. I see a world where what was known as DR (direct response) TV becomes something where we can get specific about who we want to reach.”