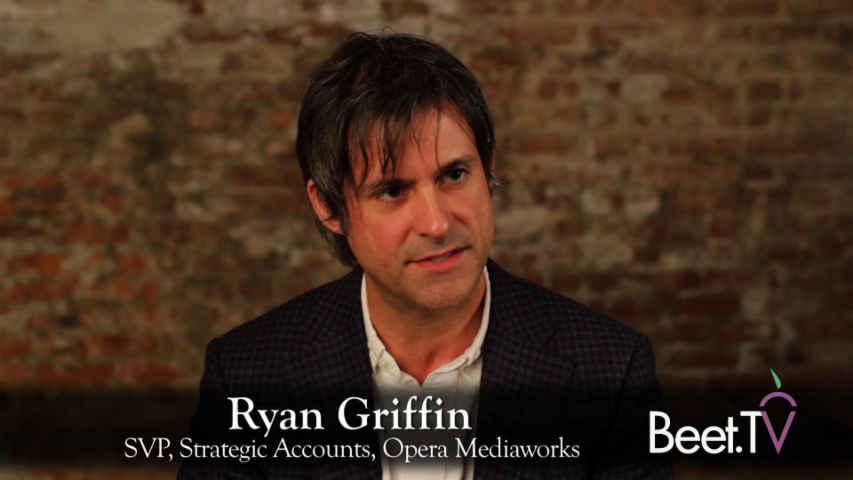 Almost five months in to a partnership in which AT&T is helping TV advertisers reach consumers on mobile phones, the company enabling the process says results have been promising.

Opera Mediaworks and AT&T announced the deal in November, with the former helping advertisers on U-Verse and DirecTV also reach consumers on smartphones.

“For every addressable TV campaign that AT&T does sell, we’re able to go and reach those users on their devices again, out in time and space away from home, away from their TV set,” Opera Mediaworks strategic accounts SVP Ryan Griffin tells Beet.TV in this video interview.

With so much consumer attention moving away from TV, it’s no wonder advertisers want to reach them on their personal screens.

“The campaigns have been about locking the power of TV-plus-mobile,” Griffin adds. “Different screens can reach a consumer in a different context and have a different type of impact for that brand.”