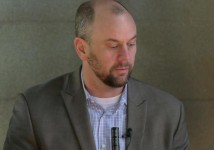 AUSTIN – The volume of tweets about a TV show is often related to the TV show’s ratings, according to a new study released today from Nielsen. Heading into the upfront, this sort of data may help arm media planners who are looking for more insight into the impact of Twitter chatter on TV show performance, says David Gill, VP at Nielsen, during an interview with Beet.TV. We spoke with him at SXSW where he was a panelist at a private session about digital video organized and hosted by Videology.

“We’re doing a lot of work with Twitter to understand that relationship between social media and tune-in. Content producers are wondering how to present that value that they know exists but haven’t been able to put their finger on yet,” he says.

The Nielsen-Twitter rating is derived from SocialGuide’s analysis of which shows people are tweeting about coupled with the Tweet exposure captured by Twitter. “Our hope is that’s what agencies and media planners can plan on as they think about social and how to monetize it,” Gill says.

The Nielsen/Social Guide study found that for 18 to 34 year olds, an 8.5% rise in Twitter volume correlated to a 1% rise in TV ratings for premiere episodes.

Beet.TV’s coverage of this event at SXSW is sponsored by Videology.