Commentary: TV Programmers Need to Own Their Audience 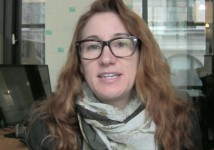 TV programmers need to take control of their destiny via social and digital channels, says Ashley Swartz in this commentary on the state of the business. With the TV upfront getting underway shortly, she urges programmers to seize the opporunities afforded in social media and digital venues.

As an example, AMC actively tweets and engages with its “Walking Dead” viewers, including during the broadcast of each episode. That sort of interaction is vital given that 40% of tweets during prime-time are about TV shows, Swartz says. “You need to be where your consumers are. Tweet, engage, use hashtags, respond, include them in the conversation and track,” she says. This sort of control and interaction can help drive programmers forward so they don’t make the same mistakes of the music industry.

Swartz also points to a recent Nielsen-IAB study showing that shifting up to 15% of TV ad dollars to digital venues, while using the same creative, can yield a 3.6% or greater increase in reach. Brands can also drive down CPMs by moving dollars from TV to digital, so keep an eye on whether TV can continue to command increases during the upfront, she says. Swartz also discusses the inclusion of gaming consoles and over-the-top homes in Nielsen’s panels.

Ashley Swartz is founder and CEO of the New York-based consultancy Furious Minds.