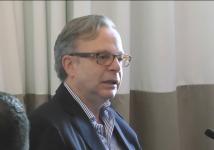 MONACO — Premium video publishers want to participate in the rise of real-time buying, but they’ll likely do so as part of agency trading desks, says Scott Ferber, CEO and chairman of digital video ad platform Videology, during a panel session at the Monaco Media Forum moderated by Beet.TV’s Executive Producer Andy Plesser.

“Publishers will keep inventory out of large scale exchanges where they are treated like every other impression, but they want to be a part of programmatic buying that trading desks are doing because they’re using technology to create more efficiency for their advertisers,” he explains in this discussion.

Though real-time buying is one of the fastest growing segments of the ad business, Ferber doesn’t expect the machines to take over the humans. In the multiscreen world, he expects the future will look similar to TV buying where a large chunk of business is negotiated during the upfront and the rest in the scatter market. “Multiscreen convergence will follow that,” he says. “If I am a Procter & Gamble I do expect to get a deal, and if I have to do programmatic buying along with the dry cleaner in a local market, that’s a level playing ground. But if I am largest spender of media I want some benefits that come along with it.”