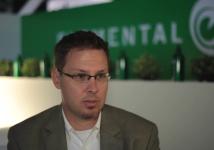 MONACO — As AOL has been increasing its video operations via AOL On, a video syndication business along with its Web original programming, there is a growing big opportunity in “native” video advertising, says Ned Brody, Chief Revenue Officer of AOL, in this interview with Beet.TV

This third leg of the AOL video operation has developed through 2011, $96 million the acquisition of London-based Goviral which helps companies get their branded videos viewed in some 90 markets.

In the interview Brody says that Goviral will soon launch in the United States.

He also holds the title of CEO of Advertising.com, which has been registering noteable growth over the past year.

We interviewed Brody at the Monaco Media Forum where he was a speaker.

Disclaimer: Beet.TV coverage of the Monaco Media Forum was sponsored by AOL.