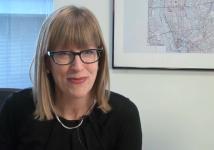 CHICAGO – Big data coupled with highly addressable media, social media and compelling forms of content, were some of the subjects covered Tuesday in Chicago at the Beet.TV Advertising Summit presented by Adobe Video Advertising at the global headquarters of the mega-media agency Starcom MediaVest Group.

Participating in the event were Tracey Scheppach of VivaKi/Starcom, Cary Goss of Adobe, Dan Beltramo of Vizu/Nielson, Brad Elders of AOL, Joan FitzGerald of comScore, Michael Glantz of Forrester Research,  Roland Hamilton of Dailymotion, Curt Hecht of The Weather Channel, Ken Lagana of CBS Interactive and Mike Zeman of VivaKi.

Moderating the sessions was Ashley Swartz, former head of the interactive video practice at Digitas, now a digital media consultant and contributor to Beet.TV.  In this segment, she gives a summary of the event.

We are in the process of editing a treasure trove of video highlights from the sessions along with one-on-one interviews with all the speakers.   We look forward to publishing great content from this over the next several weeks.

Thanks to Adobe Video Advertising for sponsoring and to SMGx/Starcom MediaVest Group for hosting us.

And huge thanks to Ashley for her superb moderating efforts.