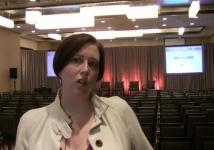 Discovery Communications’ burgeoning digital content will soon shape some of the organization’s TV franchises, in terms of content, says its Chief Digital Officer, JB Perrette, in this video interview with Beet.TV

Having recently closed a deal with web TV network Revision 3, which has its own suite of shows with rabid fanbases, Perrette says in some cases the audience engagement is strong enough to translate the show to traditional broadcast mediums such as radio and TV.

“HowStuffWorks.com’s” digital talent, Josh Clark and Chuck Bryant are prime examples of this. Their show gathered a huge following with five million downloads a month, inspiring the company’s television franchises to create an analogue version, he adds.

In this interview, Perrette explains the organization’s future digital strategy and its interaction with analog platforms.