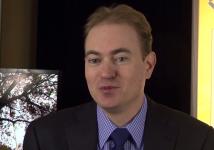 The costs for content delivery network services (CDN), which have been in steep decline since 2009, have finally leveled off says Dan Rayburn, an industry analyst with Frost & Sullivan and EVP of StreamingMedia.com

Citing his survey of 800 companies who buy CDN services, he says pricing this year will be down just 15-20% while demand will grow by about 60%.  For the bigger customers, those who pay more that a $1 million annually, their bandwidth needs will soar 125% this year.  It all adds up for a good year for the CDN providers like Akamai and Limelight, he says in this interview with Beet.TV

Rayburn predicts more consolidation in the field along with the growing presence of Amazon which announced on Monday its site acceleration platform.

We spoke with him today at the Streaming Media East conference in Manhattan.