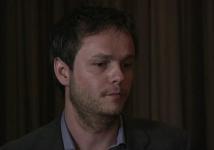 As the consumption of online video content has grown, so has the demand for live news streams.  More viewers than ever are watching live news broadcasts online, but live video streaming is still far from perfect.

In this video from the Beet.TV Executive Retreat, Livestation CEO Lippe Oosterhof talks about some of the issues facing live news streaming and how Livestation is working to fix them.

Oosterhof explains,”In a nutshell, Livestation is an aggregator of live news.”  Livestation streams millions of views of BBC, CNN, CNBC, Al Jazeera and other news sources, making them available on the web, mobile and connected TVs.

Oosterhof talks about the problem of discovery, which Livestation has recently partnered with Taboola to improve, as well as the problem of getting people to pay for live news and how to let viewers share the live experience.

He also brings up one of the biggest problems with online video news—”every live news broadcaster that produces video on demand typically see’s a time lag of several hours before they take content from their live broadcast and put it onto YouTube or their own website, so it doesn’t really work that well for breaking news.”  Livestation is working to solve this major issue and “to make that time shifting instant.”