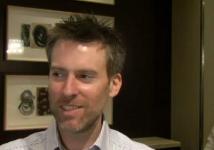 Technology providers are racing way ahead of advertisers and not providing them with the basic needs to make reasoned online video media buys, says Brian Morrissey, editor-in-chief of Digiday in this interview with Beet.TV

These was his principal takeaway from the BRX Video Summit this week where he was a moderator.

Technology has long foiled the ad business, he says, citing the development of the "click" in the early days of the Internet which calls "the original sin."

Morrissey is gearing up for a big week of conferences with Digiday's Video Upfront program in New York on Monday and in LA on Thursday.